Last month, my daughter informed me that she wanted a Superhero birthday. My first thought was Um, What? HOW am I supposed to throw one of those? Couldn’t she go for the princess party or a Halloween themed party? Anything but a Superhero party. But that’s what she wanted so that is what she was going to get. Since she likes SO many of the superheros (and I have no idea who half of them are), I decided to go the generic route and have a Superhero Training Party. 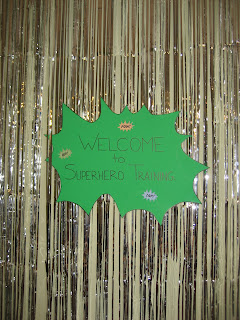 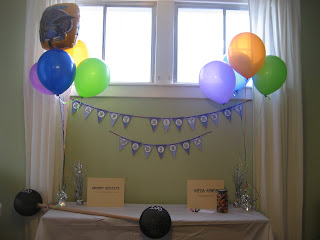 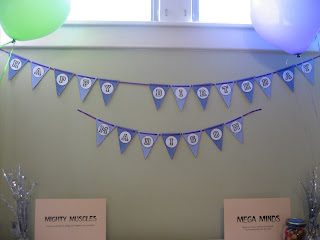 Here are the highlights from the day…
The party began at 1 pm so the first thing we did was eat lunch. I made simple labels for some of the food, tying it in with the Superhero theme. 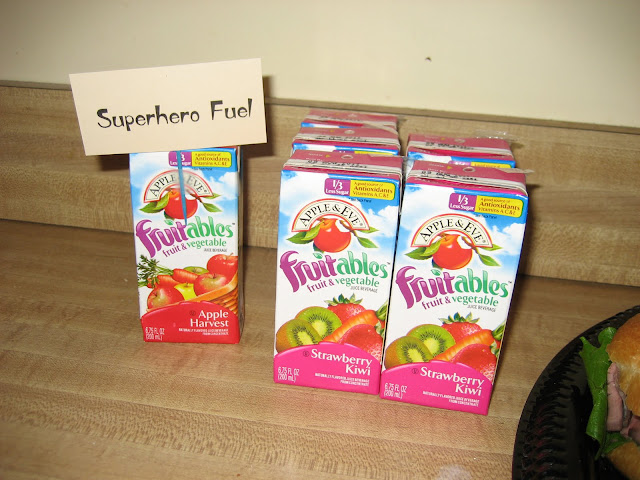 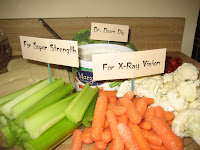 Super Sandwiches
After the kids ate lunch, their first mission was to create their own secret identity by decorating masks and capes. They each got a confidential envelope with all the necessary supplies (capes, masks, and felt for decorating) and instructions . 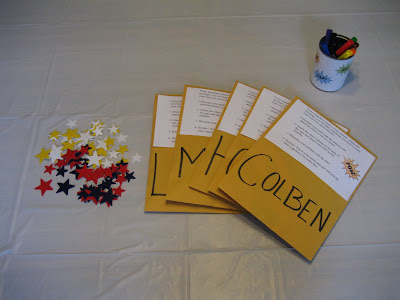 I used sticky back felt that I had pre-cut into the emblems and letters so all they needed to do was peel and stick. No need to involve scissors for a bunch of 3 and 4 year olds if you don’t have to. 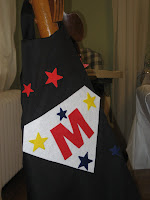 This is Madison’s cape 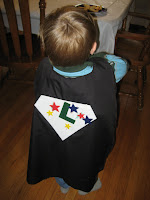 I contemplated making capes for the babies too but they have enough trouble walking…they surely did not need something else to trip over. 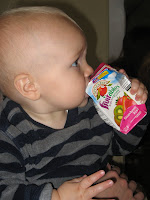 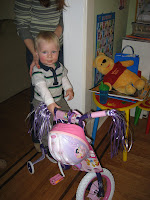 Who needs a cape when you have a bike to ride?

After the kids had their secret identities, they practiced using their mighty muscles by lifting “weights” over their heads. 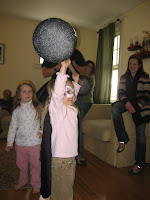 I made the weights by using styrofoam balls that I spray painted black. I then labeled each weight with “100” using white fabric paint and attached them with a dowel.

They also defeated “Dr. Doom” (aka husband Chris) by keeping the “secret box” safe and hung out in the bat cave (a pop-up tent that we set up in the corner of the room). 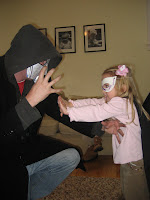 I also had one game for the grown-ups… guess how much candy in the jar. Winner took home the jar. Thankfully it did not stay in my house since we still had PLENTY of Halloween candy left. 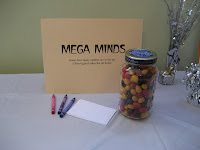 Next we had presents and cake. I made the cake and it was my first attempt at a cake like this. I think it turned out fairly well. 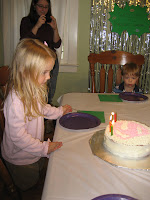 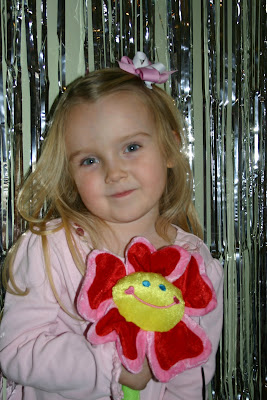 The super birthday girl
Before leaving the party, each child received a certificate of completion and was inducted into the Superhero League.

My daughter has taught me that girls can be superheros too. It doesn’t have to be all princess and pink all the time.