14.9K shares
I’m so excited to finally share all the details of my son’s Star Wars Birthday Party. This was so much fun to plan. I have a little boy who eats and breathes all things Star Wars. It started with Angry Birds and then he found Star Wars Angry Birds. And then my husband introduced him to the Star Wars movies and he was hooked. He walks around the house singing the Imperial March. It’s like the soundtrack of his life. 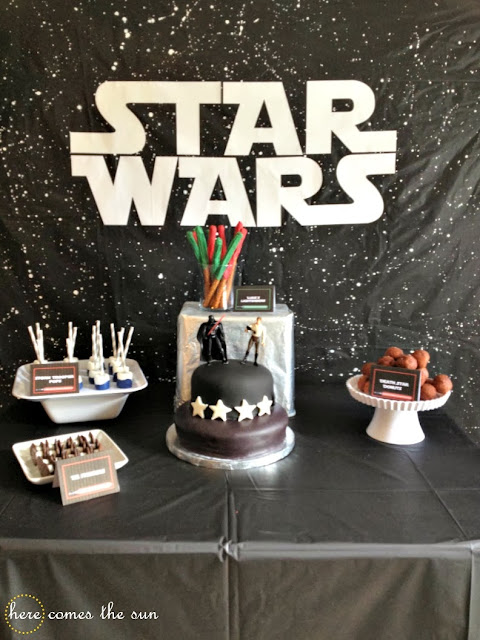 First I’ll start with the invitation. I designed it myself and you can find it in my shop.

I decided to go with a Jedi Training theme. The guests were greeted with this sign at the door. When the young Jedis arrived, they picked up their robes and Lightsabers. 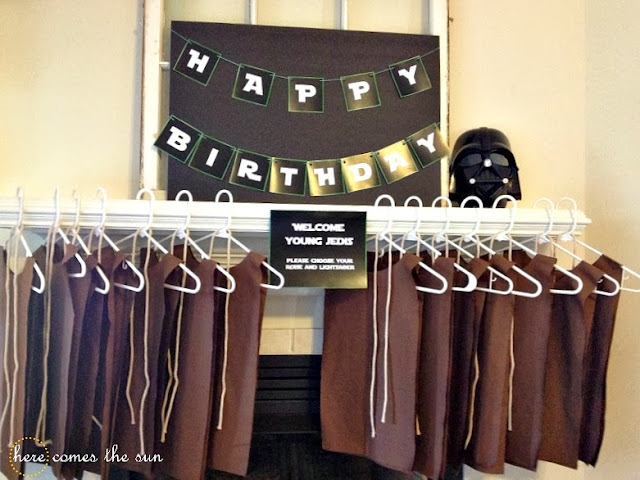 You can see details of how I made the Lightsabers, here. For the robes, I just folded a piece of brown fabric in half and cut a hole in the top for the head. No sewing needed! I added a piece of rope to each one to tie around the waist. 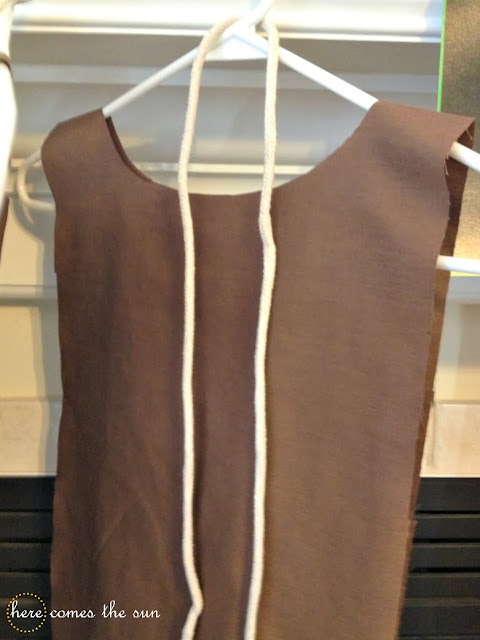 Now that the Jedis had the appropriate gear on, they headed outside to be “trained” by the master (aka my husband). This was the original plan but as soon as the kids hit the yard, they started fighting each other with their lightsabers so we just went with it. Darth Vader made an appearance and they all fought him too. We also had a cardboard cutout of the Death Star that the kids could shoot Nerf guns at.

When everyone was all battled out, we brought out the Death Star piñata. This is simply a soccer ball piñata that we painted gray and decorated like the Death Star. It was even a little damaged on one side and the woman at the party store looked at me like I was crazy when I told her the dent was perfect. 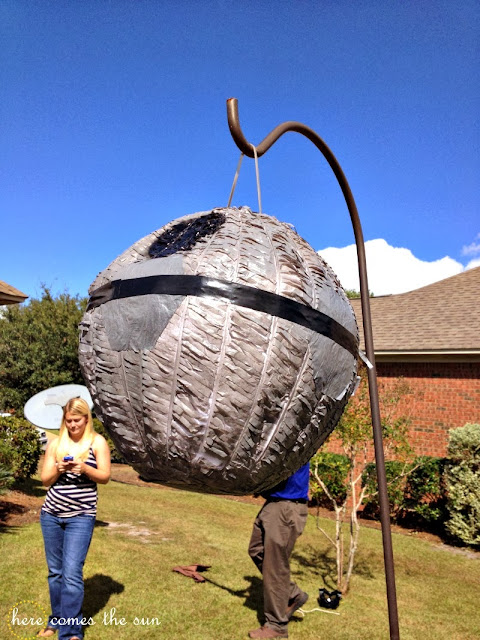 For the dessert table backdrop, I used a black plastic tablecloth and splattered it with white paint to look like the galaxy. I used my Silhouette to cut out the Star Wars logo on white vinyl. For the planets and Death Star hanging above the table, I used some paper lanterns that I had on hand and spray painted them. I really love the way this turned out. So much so that it is still hanging up almost a week later. 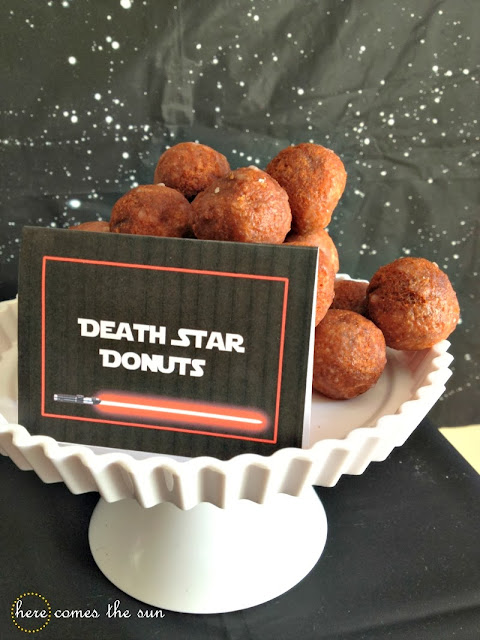 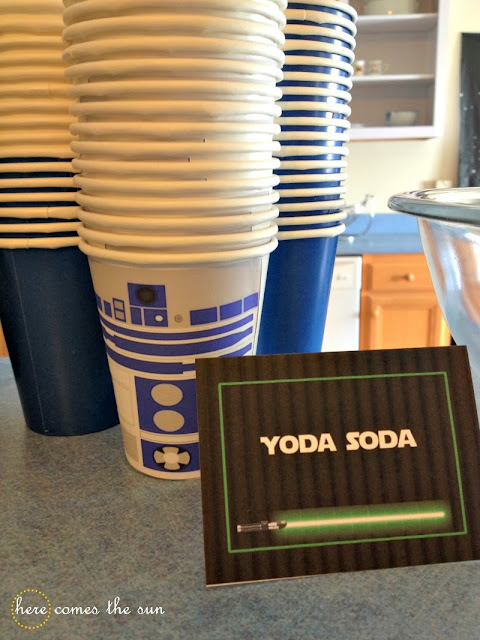 You can find all the details on how I made the food (and the R2D2 cup printable) in this post.

I made the cake myself and it was my first attempt at marshmallow fondant. Let’s just say that I had a grand vision for the cake but it just did not happen. When its 11 pm the night before the party, sometimes you just have to say “good enough”. Hats off to all you professional cake decorators. You rock!

As the guests left, they stopped by the goodie bag table and got Star Wars pencils, notepads and pencil sharpeners. I used some Star Wars fabric to cover a table and added a piece of black foam board, a thank you sign and my son’s R2D2 bank. I created the stickers on the front of the bags in addition to all the other printables used in the party. 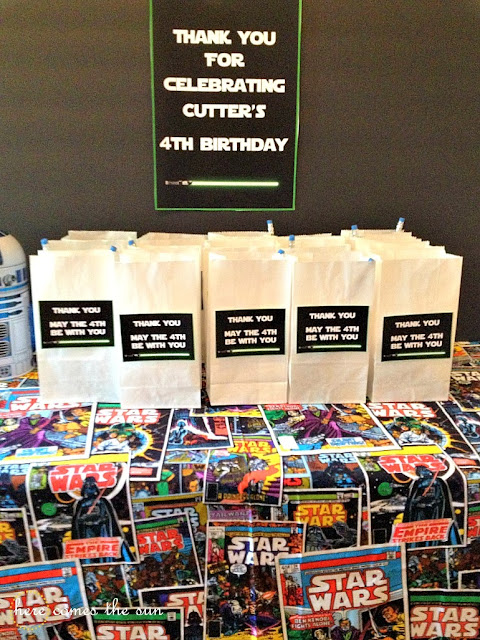 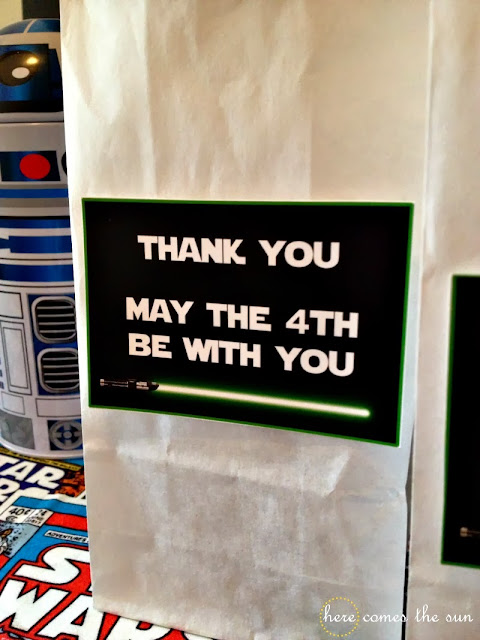 I also made a few signs for the bedrooms. 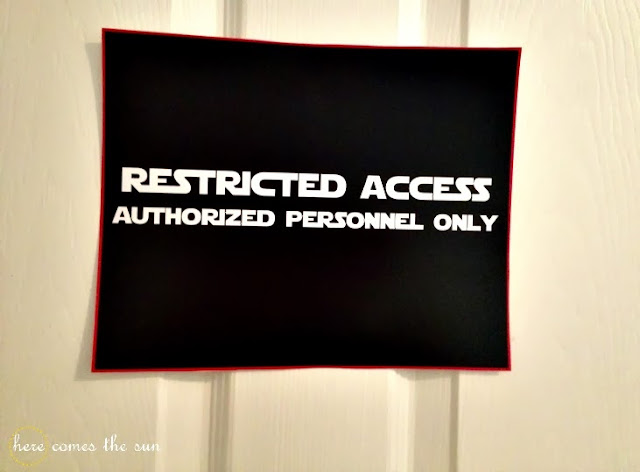 Everyone had a great time and mom was exhausted and collapsed on the couch for the rest of the day. 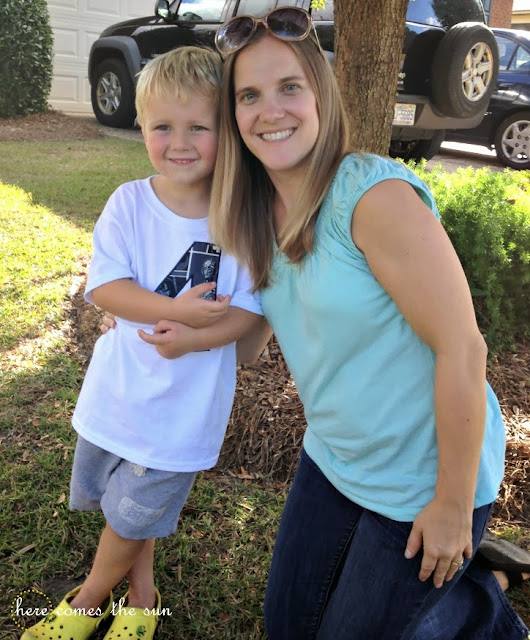 If you want any of the items in this party, they are available in my Etsy shop.

May the Force Be With You!
« Star Wars Party Food
Halloween Recipes: Spooky Punch and Vampire Bites » 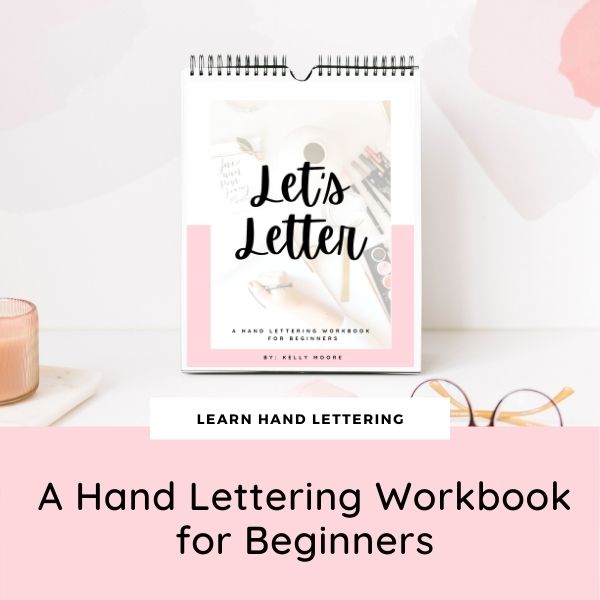